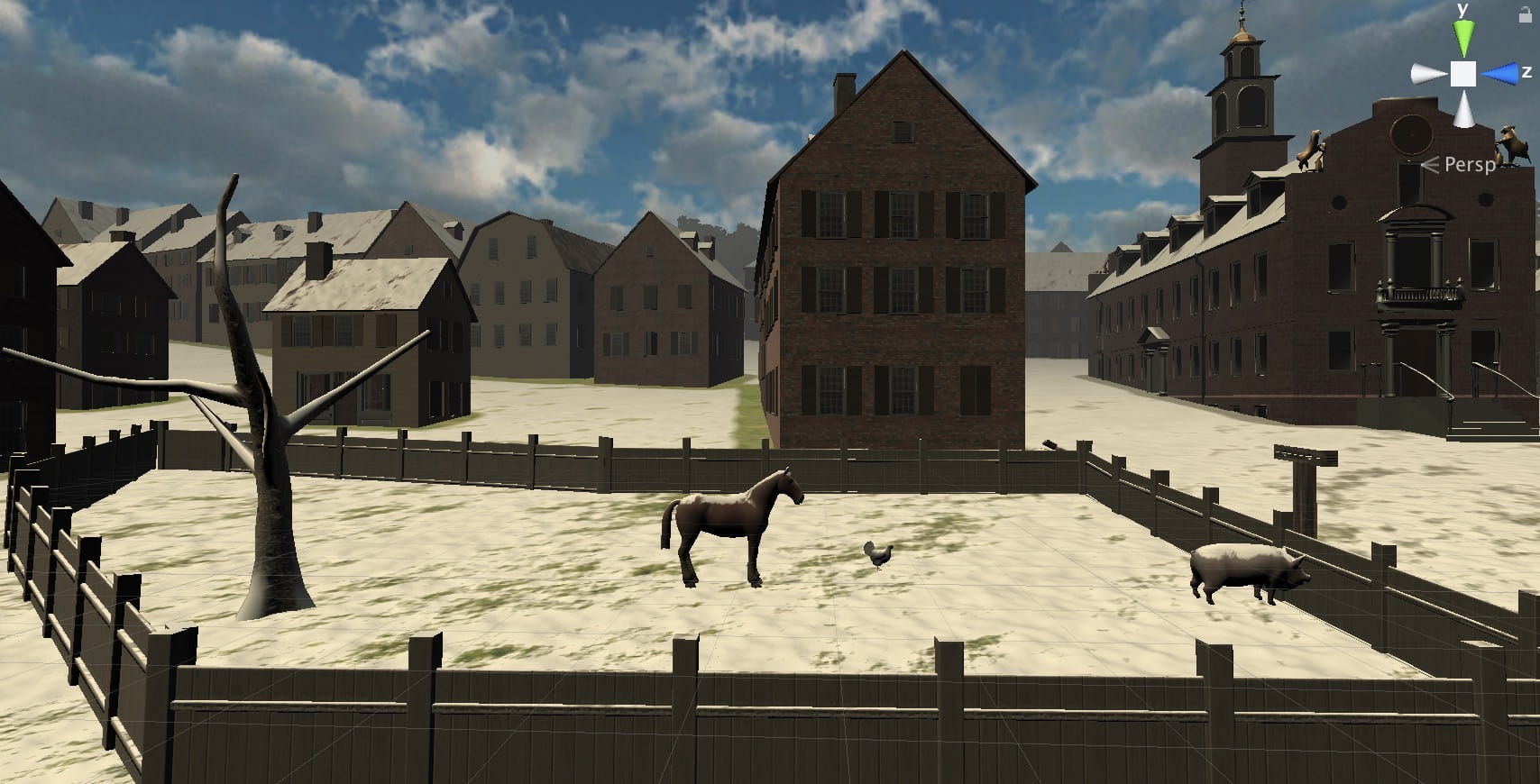 Most of my time working on the project during Fall 2019 was spent getting used to working in a 3D environment for game design, and getting the different components and plugins to work together. For example, my primary contribution was in the form of making our purchased animal models animate and move around properly. To do so, our project uses a plugin for Unity called Emerald AI, which is mostly designed for making enemy or ally characters in a game like Dragon Age – not farm animals in a historical recreation. However, after some tweaking I did get Emerald to work with Unity’s built in pathing system (called navmesh), and get our animal models both moving and playing their appropriate animations. You can see an example of the dog model’s walking motion below.

What really strikes me now, at the end of the term, is how much of Unity and the project I’ve left unexplored. Pigeonholing myself into one part of the project was convenient at times, but I spent most my time working alone on my individual piece with help from Professor Mason when needed. As the game grows more complex and integrated, communication between different teams will become more important, and I hope that future contributors to the project keep that in mind.