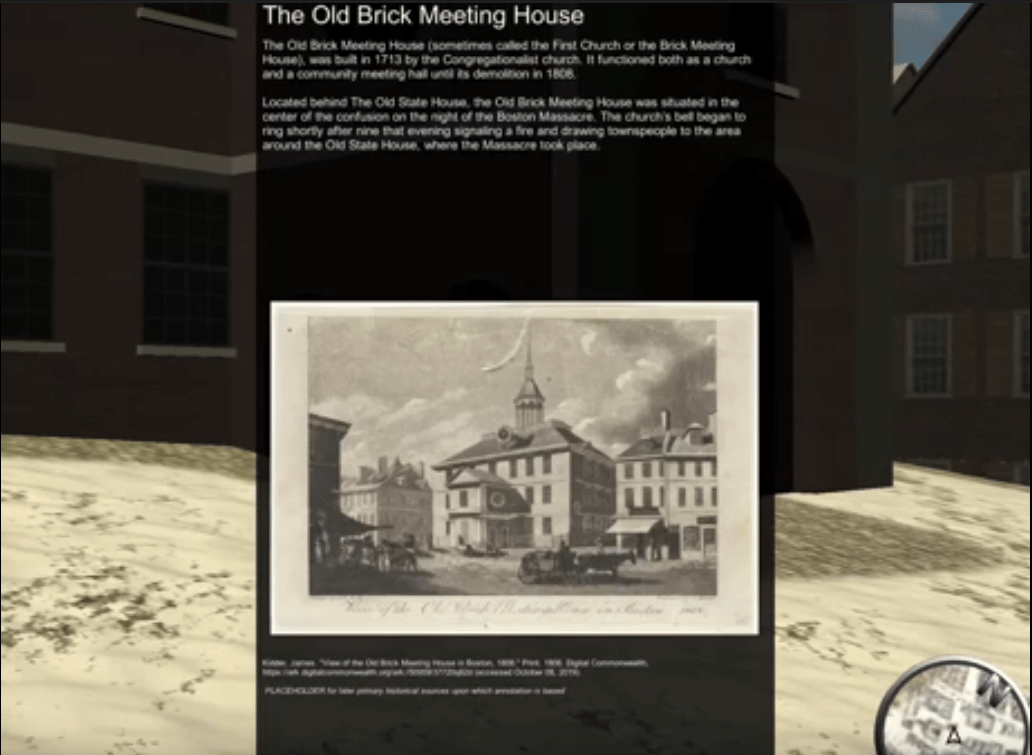 When I began work on the Witness to the Revolution project, I had no idea what to expect. To be honest, I’d never audited a class before, much less a large-scale 2-year-old game project. It appealed to me in the sense that it was a big, team-oriented game development project; frankly, exactly what I’d been looking for for a while. I’ve been excited about game development since I was a kid. However, it also scared me with its focus on history, which was historically (ha ha) one of my biggest academic weaknesses. By auditing the class, I was able to mitigate some of this fear, though I’ll admit it made me feel like less of a “part of the team” at first.

As time went on, this fear was mitigated to a greater and greater extent. I was able to focus my work pretty much entirely into the realm in which I felt most comfortable, Git and Unity scripting, while simultaneously experiencing the historical side of things through my interactions with other groups working on the project. For example, through my work with the Sources team on implementing Annotations correctly I was able to learn about what several historically significant Boston buildings through the lens of work on the game Assets.

I have to admit , I don’t believe I made many major historical contributions to the team. On the technical side, however, I made several. The original intellectual contribution I was proudest of was my work on the Annotation system, fixing bugs inherent in the module and redesigning how movement interacted with said module. 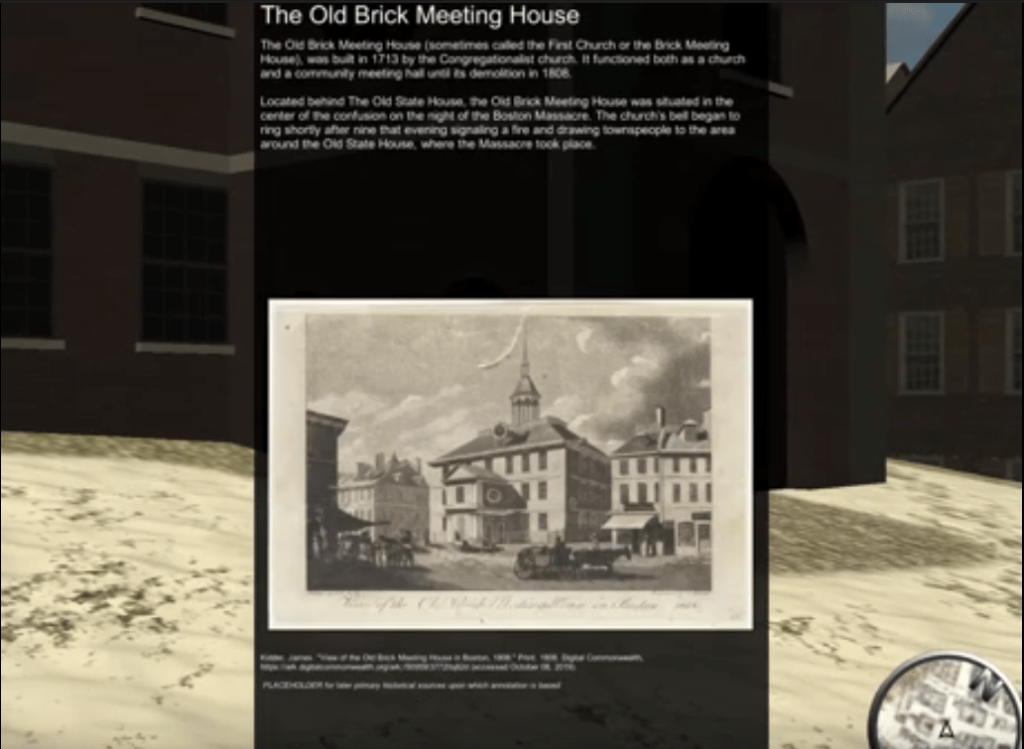 To me, the concrete benefits derived from work on Witness to the Revolution came from the nature of the project. For a while, I’d wanted to see what it was actually like to work on a large-scale game development project, and this was really my first chance to. I’ll be the first to admit that there was a steep learning curve, and I needed to quickly improve my rather shallow Git and Unity skills in order to first understand and then contribute to the project. After that, however, it was deeply rewarding to see something I’d made or contributed to actually be applied in the game itself.

Overall, this experience has been an enjoyable, beneficial, and educational one. I’d be more than happy to come back next term!