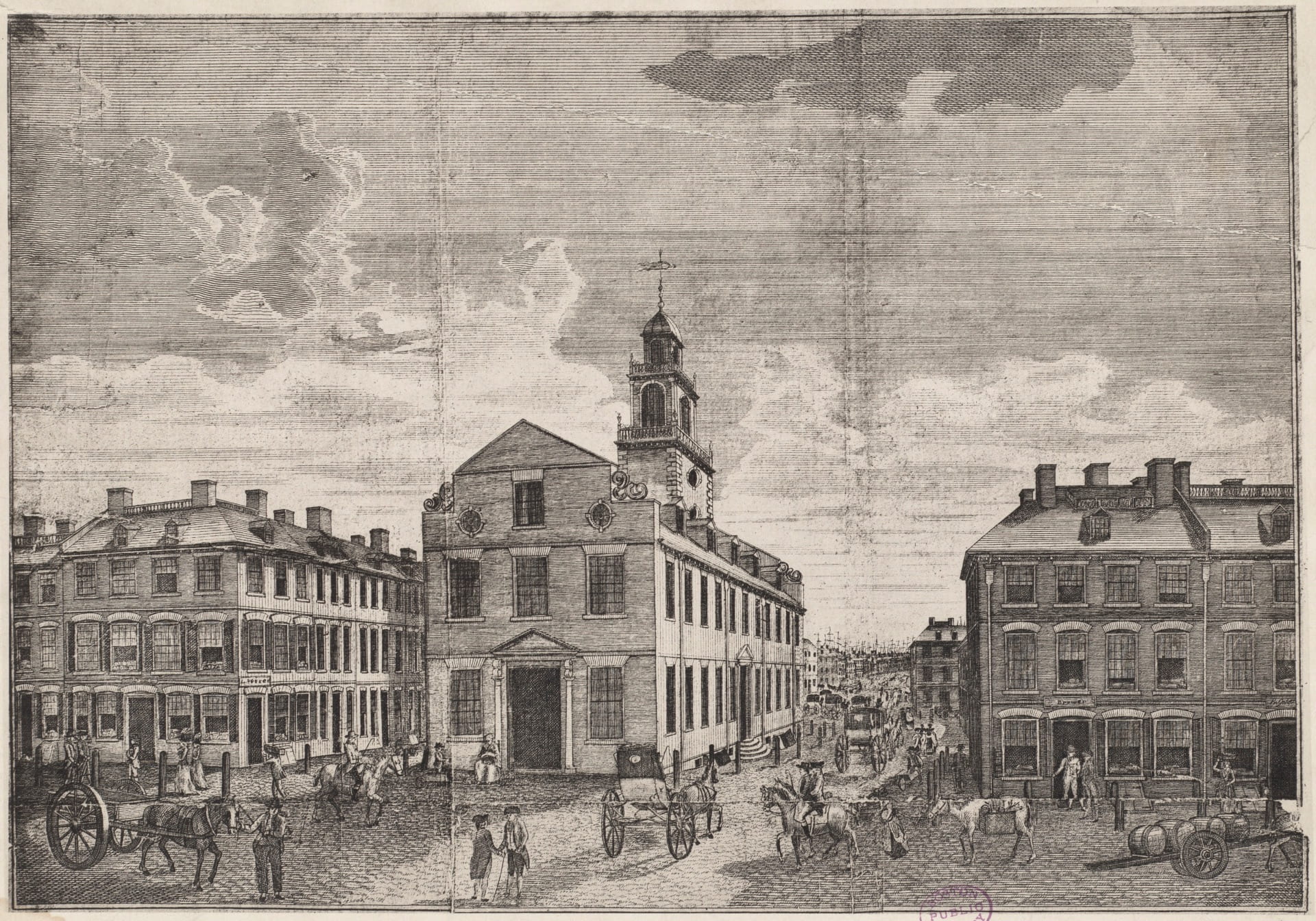 It was really wonderful and rewarding to work with the sources team and the rest of my classmates this term on this project. Coming into the project, we fairly quickly formed the plan to tackle a small portion of the larger project by mapping and annotating the route that one of the deponents, Thomas Wilkinson, took, on his way to the shooting. Taking a close look at his deposition, the sources team noted what buildings he specifically mentioned and used that to better understand his reported route. We also took note of the buildings that he didn’t mention, but nevertheless passed. We then dug up as much information about the major buildings that we could (using John Adam’s papers, Serena Zabin’s notes, newspapers, etc), and created short annotations that could be used in the final game. Once we had finished that, our focus shifted to the the presentation of our research as a Story Map, or 2D version of the walkthrough.

Even though we were split into teams, the project was very collaborative. As a senior history major, I had taken some Digital Humanities courses in the past, but my strengths tend to be in straight historical research. It was very rewarding to use the skills I have developed in my time at Carleton in such a collaborative environment. The sources team was involved with the mapping, game development, and 3D modeling teams to provide them with accurate information and provide a somewhat-removed perspective. One of my favorite interactions was working with Max Bremer to integrate the building information descriptions that we had written as annotations in the game. It was a neat conversation about the presentation of information and how the implementation of that would work.

This project has provided a really fun way to look at presenting historical information in an accessible and engaging way and I hope to continuing working on the project next term!