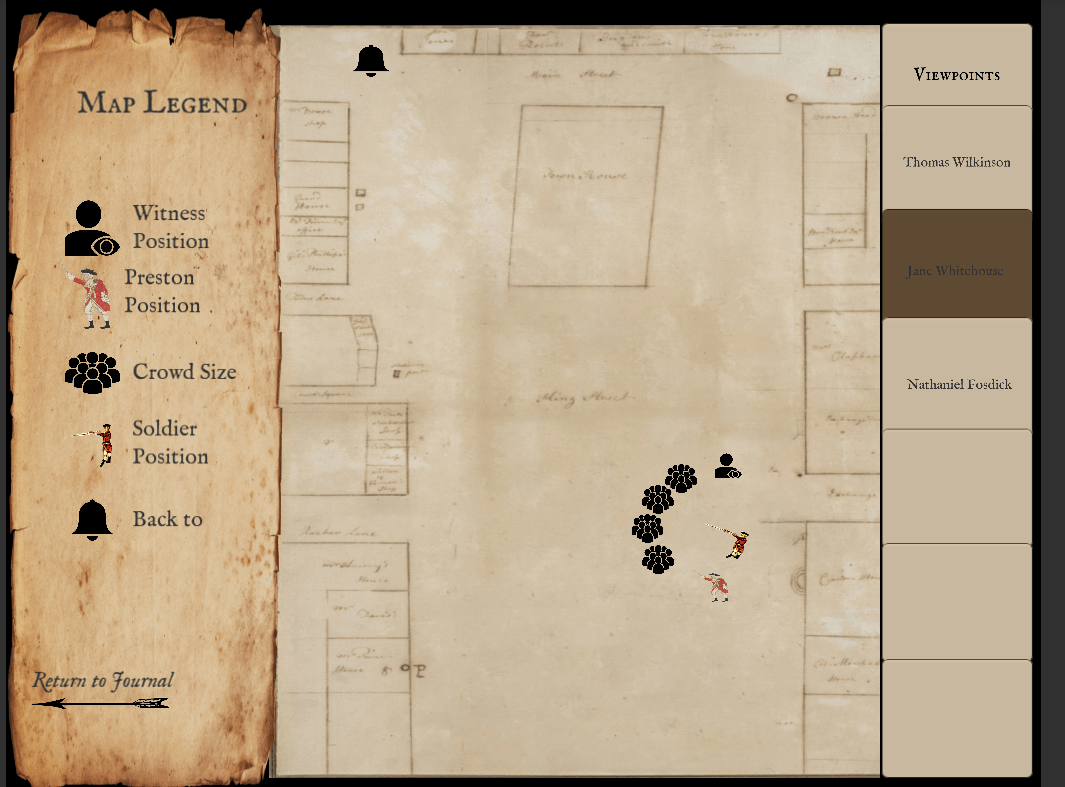 I came into my project in Witness to the Revolution and the class Boston Massacre 3D with nearly no knowledge. I knew that Serena was working on a Boston Massacre game but besides that, I had no idea what shape it would or could take. I also had little idea of how my skills would fit into working on the game. As someone who has little knowledge of coding or game design, I did not know what form my contribution would take. I assumed I would work more on the historical side of things but I was curious to learn more about the game design. My lack of knowledge definitely meant there would be a crucial learning curve. However, my familiarity with what I love in historical gaming experience as well as my natural curiosity to motivated me to lean into something I knew less about.

Since I was young, maps have always spoken to me. For this reason, I wanted to work on discovering what went into making a gaming map work. With the Revere Boston Massacre Map, I tried to put on the hat of a detective trying to piece together the events of the massacre. I often thought about the games that featured elements like this like the Batman Arkham games which featured a detective recreating events from a crime scene (not dissimilar to what we aimed to do with the Boston Massacre).

When editing and marking up the Revere Map I experienced the following problems:

I also learned a great deal from this project. I had never used Unity before and through this course I learned the basic functionalities of Unity. I also learned how to use basic ArcGIS features, UI elements in Unity, and basic coding features in C#.

Overall, I learned how to collaborate on a project and to focus in on developing one small element. It was extremely rewarding working with Grace on the mapping elements and making it all flow together. If I were to have more time on the project I would like to clean up the map to making it more aesthetically pleasing and more clear. I’d also like to add more Witnesses to make it more toggleable. Hopefully, I will have time to add some of these features.